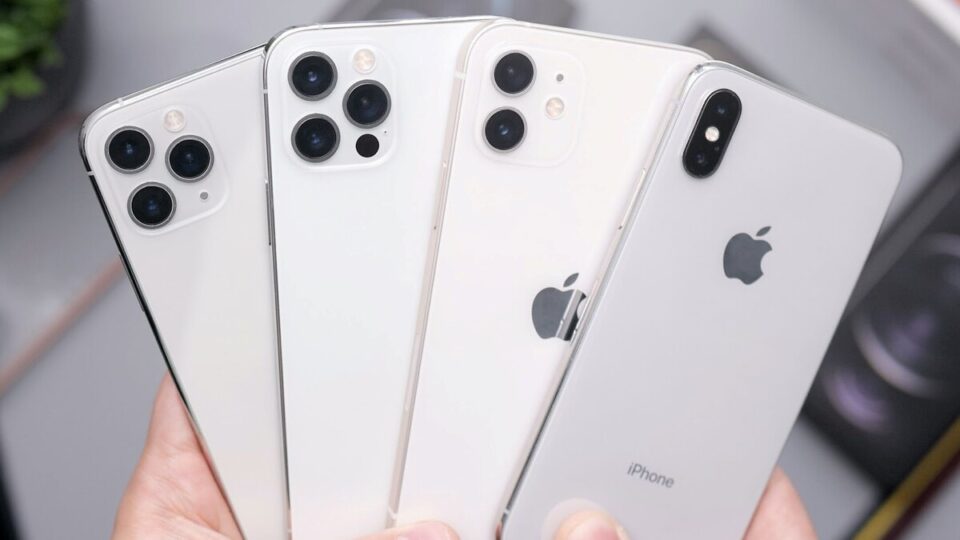 There has never been greater variety for iPhone customers, and the perfect model for you mainly relies on your preferences in terms of pricing, functionality, cameras, size alternatives, and features.

Apple is more than willing to sell you a new iPhone 13 for $800, $1,000, or even $1,100. However, unless you’re eager for a 120 Hz display or the most advanced smartphone camera cash can buy, the secondhand iPhone market may provide better value. While you may obtain any iPhone ever built for sale, one, in particular, is endearing: the iPhone XS.

How the iPhone Xs Has Evolved?

Apple introduced the iPhone XS, XS Max, and XR in 2018. It was Apple’s first smartphone to be released after the radical redesign of the iPhone X. It was also the first time that every new iPhone adopted the same design language, including an edge-to-edge display and the contentious cutout for Face Recognition.

At the outset, it didn’t appear to be a significant change; the iPhone XS‘s design was remarkably similar to the X (except for a new color), and the rear cameras, while technically enhanced, didn’t blow the previous year’s photographs out of the water. The chipset was the most significant update, dramatically improving machine learning and graphics capacities while introducing minor CPU advancements.

The phones appeared to be aimed at individuals upgrading from a much older handset; you could save some money and have a colorful XR, or you could spend some money and get the biggest screen ever on an iPhone.

Why Choose the iPhone Xs Over the Xs Max or Xr?

It all boils down to value. The typical price of an iPhone XS, according to Swappa, is $309. The XS Max and XR cost $365 and $287, respectively. If you want to spend as little money as possible on an A12 iPhone, the XR is the way to go. If you want a large display and wish to spend the additional money, the XS Max is the model for you.

The XS, therefore, is for people who fall somewhere in the center and don’t mind a 6.5-inch screen but still want the twin camera configuration and an OLED display that the XR can’t offer –– spending a bit more money results in getting a little more while saving money on unnecessary purchases.

You can’t go wrong if you want to buy used iPhones XS if you’re one of the majority of users searching for a high-quality iPhone touch without spending a fortune.

If you have an iPhone 8 or 8 Plus and practice frugal spending, you should have little trouble keeping your iPhone longer. You can change the battery for less than the price of a new iPhone if battery life is a problem. However, an upgrade is reasonable if you’ve noticed sluggish performance compared to your preferences.

Even though they are now over three years old and offered for less by Apple, these iPhones are still in production. They can still outperform many midrange to basic Android devices, but that does not imply they are currently useless.

These phones originally cost upwards of $699, but depending on the condition, you can now purchase one for between $300 and $400. Although the camera lens made it a favorite phone for people who love to do video blogging out and about using a handset, the camera in the iPhone 11 series used both a broad and an ultra-wide lens instead of a wide and telephoto lens, as had been rumored.

The ultra-wide lens offers a 120-degree field of view and an aperture of f/2.4. The camera’s cropping and zooming settings can be changed even after a shot. A new night mode was also released, allowing users to enhance the nighttime atmosphere and reduce background noise.

A smart HDR algorithm was also present. It sports a 12MP selfie camera and 4K quality at 60 frames per second video. Deep Fusion and a neural network blended nine pictures into one shot. The iPhone 11 was and still is primarily a photography phone.

Evaluate your requirements and expectations for an iPhone before deciding whether it is a brilliant idea to purchase a used iPhone 11 in 2022. Consider your financial budget also; the iPhone 11 offers exceptional value for money in this pricing range.

Four new iPhones, aimed at a range of customers, were introduced as part of the iPhone 12 series. The sizes of each gadget vary from one another. Since this was Apple’s first iPhone to have 5G wireless telecommunications technology, it was a significant event.

For competing Android smartphones, having 5G was already a major deal, making it one of the most desired features for Apple’s supporters. They responded to criticism and launched the 5G alongside the iPhone 12 series.

Since many people would be utilizing 5G technology in the next few years, having 5G rendered the iPhone 12 series a prospective phone right away. As a result, the resale value of the iPhone would continue to rise. The iPhone 12 mini was also released by Apple, taking things a step further by having a smaller form factor for better handling and usage.

What Hardware Is Needed for These Capabilities in iOS 15?

These iOS 15 features require Apple’s A12 chip or later. That means the iPhone 6S, 6S Plus, SE (first generation), 7, 7 Plus, 8, 8 Plus, and X all miss out on these exciting new features since their chipsets are not strong enough.

The A12 chip is the same one found within the iPhone XS, XS Max, and XR. Each of these iPhones supports the stated iOS 15 capabilities and all of Apple’s other significant enhancements, making them the oldest iPhones that offer a complete iOS 15 performance.

I’m not sure about you, but when I hear “oldest iPhone,” I immediately think, “cheapest iPhone.” This is what makes old phones so attractive.

Why Isn’t a New iPhone the Greatest Deal Available?

Other amazing iPhone offers are available; the iPhone X is still in production and seems to be a reasonably recent iPhone from a distance. Even the iPhone 6S runs iOS 15; you could get one on the secondhand market for cheap and still get Apple’s newest upgrades.

The concern is that while iOS 15 continues to support a wide range of iPhones, however, the software does not treat all iPhones similarly.

Apple removed certain features from its new update for older iPhones, including Live Text, Portrait mode in FaceTime, AR walking instructions in Apple Maps, the ability to search up locations inside photographs, unlocking Home-kit smart locks with Wallet, as well as Siri assistance.

One device merchants frequently find pretty profitable to sell is Apple’s iPhones. They command the highest profit margins and have the lowest inventory turnover ratio. Customers also like iPhones for their speed and superior performance compared to Android-based handsets in most areas.

How A Financial Psychic Can Help Plan For The Future

Determining Whether an Investment Property is a Smart Purchase

NIH-funded Trial Will Study If Apple Watch Can Prevent Strokes