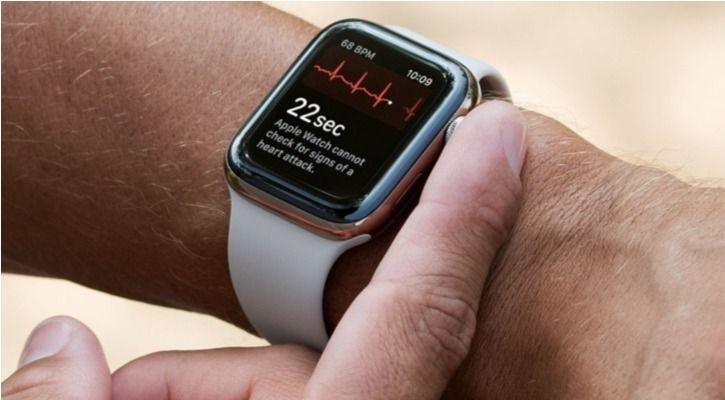 Researchers at John Hopkins University and Northwestern University are conducting a study to find out if an Apple Watch app can help avert strokes.

The National Heart, Lung, and Blood Institute, a National Institutes of Health division, have awarded a grant of $37 million to researchers to inspect whether Apple Watches can be used to reduce the use of costly blood thinners used to stop strokes from atrial fibrillation (afib). Other partners in this study as Stanford, John Hopkins, the American Heart Association, and the University of San Francisco and California.

Afib is one of the most common heart rhythm disorders in adults. Around 2.5 million to 5 million Americans are affected by it and this number is expected to grow to 12.1 million by 2030. Around the world, the number of people with afib in 2010 was 33.5 million as per a study done in 2013.

This new study will focus on the use of an Apple Watch app that monitors afib to help reduce patients’ lifelong dependency on blood-thinning medication. This seven-year study will recruit 5,400 patients who will either receive standard blood thinners or Apple Watch-directed treatment. Furthermore, the trial will examine if the app can decrease major bleeding events as compared to continual therapy.

By using an app on the Apple Watch and on the iPhone, patients involved in the trial will use the blood-thinning medication for a limited period of time and only due to an extended episode of afib, as per the researchers. In simple terms, this trial will make sure the afib patients only take blood thinners when they are at risk of a stroke and the app will let them know when to take the medication. Not only that, but you can also check your blood pressure on Apple Watch, all thanks to the apps and the awareness right on your wrist – isn’t this amazing?

The principal researcher of the study, a professor of medicine in the division of cardiology at Feinberg, and the director of the Center for Arrhythmia Research, Dr. Rod Passman, says that if proven effective, this new treatment will essentially change the way millions of Americans live with afib.

He also says that a lot of patients are on blood thinners for their entire lives even if they have fewer episodes of afib. If the study could prove that this strategy works in protecting against strokes and reducing bleeding, it could reduce costs, improve the quality of life, and save a lot of lives.

Dr. Passman has been looking for an alternative solution to end the traditional ‘one-size-fits-all’ approach of prescribing blood thinners to everyone for the rest of their lives. Afib is a heart rhythm disorder that involves irregular and fast heartbeats from the heart’s upper chamber. People with afib have a higher risk of stroke, but lifelong blood-thinning medication increases the risk of bleeding. Also, some patients have infrequent episodes of afib and current evidence shows that the risk of a stroke increases after an episode of afib.

And since a lot of individuals have no symptoms while they have an afib episode, the new app on the Apple Watch will monitor the heart activity, tell patients when they are having an afib episode, and restrict the dependency on blood thinners to only high-risk periods of stroke. According to Dr. Passman, this app could prevent strokes, reduce bleeding events, and save the costs of an afib treatment.

The secondary aim of this trial is to determine patient satisfaction and proper utilization of healthcare resources. If this trial is successful, it could work wonders for Apple’s healthcare ambitions. For years, Apple has been building health-related features on its smartwatch. In 2018, Apple introduced an FDA-cleared electrocardiogram. This feature could identify potential signs of atrial fibrillation.

Apple has been steadily introducing features that monitor the heart and alert users about their heart health. With the NIH-funded trial, researchers will try to ensure that the app could be used instead of expensive blood thinners. If this trial is successful, this app could save a lot of lives and improve the lifestyle of people who suffer from afib.

1. What apps can I use on Apple Watch?

You can use almost all the apps that you use on your iPhone. You can use apps such as weather, activity, alarms, calendar, calculator, contacts, find my device, mail, maps, messages, and much more.

2. What’s the coolest thing you can do with an Apple Watch?

There are several cool things you can do with your apple watch such as responding to texts, sharing your heartbeat, using Apple pay, keeping track of your workouts, using emojis with it, making calls, and more.

3. Can you FaceTime with Apple Watch?

Yes, you can FaceTime with an Apple Watch. Go to Contacts and scroll with your Digital Crown. Click on the contact you want to call and click on the phone button. Click on FaceTime Audio to start a FaceTime audio call.

Or, you can use WristCam to start a FaceTime video call from your watch. The 2MP front camera on WristCam allows you to make video calls to friends and family right from your wrist.