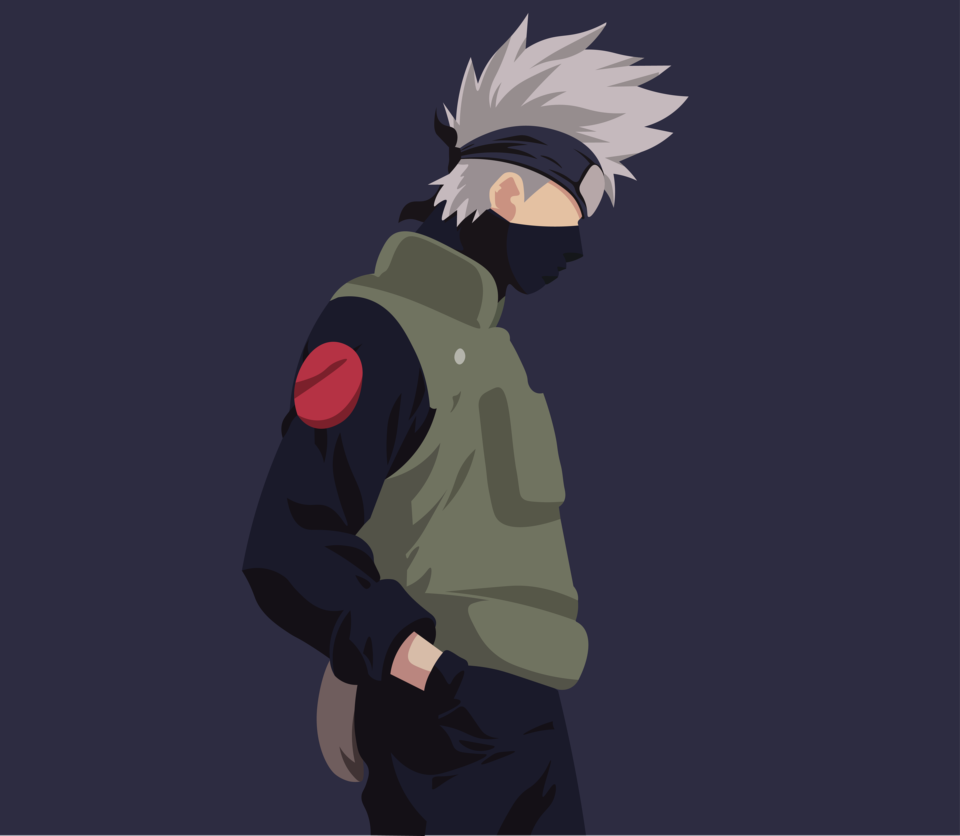 What episode does Kakashi die? Kakashi Hatake, the Fictional character of Naruto Shippuden, dies in the 159th episode titled Pain Vs. Kakashi.

The Kakashi death episode is 159 of season 8 of Naruto Shippuden, whereas chapter 424 is Titled as “Decision” in manga Version.

To come this far, To think the answer of What episode does Kakashi die? It is not simple because Kakashi isn’t dead. He is still alive. Pain Revived Kakashi and other dead Shinobi’s to maintain peace and avoid more trouble to anyone.

Kakashi Hatake is a Fictional character of Naruto Shippuden and Boruto manga anime series. He is the leader of team seven and 6th Hokage after lady Tsunade. Team 7 includes the primary trio of the series named Naruto Uzumaki, Sakura Haruno, and Sasuke Uchiha.

Hatake Gekkai genkai include Sharingan, Mangekyou Sharingan. He is also known as Copy Ninja. He uses his Sharingan eye to copy the Jutsu of his opponent even before the opponent has made any steps.

What episode Does Kakashi Hatake Die?

Kakashi die in episode number 159 of season 8 of Naruto Shippuden fighting Pain in Konoha. The episode 159 is titled as “Pain Vs. Kakashi”.

However after Naruto’s Confrontation with Pain, Pain decides to revive all those killed in the battle of konoha.

Kakashi Hatake, one of the prime characters of Naruto Shippuden, dies fighting with Pain. He Fought with Pain to the extent of his chakra but died at last.

Why does Kakashi Death Occur?

It’s hard even to think of Kakashi dying in the manga anime. Kakashi Hatake is one of the best A-rank shinobi in Whole Hidden leaf village. Kakashi never had a big scratch In many seasons of Naruto Shippuden.

So, Why does Kakashi die? Kakashi’s Death took place only because Pain used all his attacks so that Kakashi would run out of his chakra and expose his real body instead of Lightning’s clone. Then he waved a Nail straight towards Kakashi, seemingly killing him.

Why was Kakashi revived?

Kakashi was revived back to life in episode 175, titled “Hero of the Hidden leaf,” because of Naruto’s talk with Pain. Pain agrees to bring back all the comrades and people who died in the Pains Assault arc.

So, Kakashi was indirectly revived by Naruto, as he helped convince Pain. However, Nagata revived everyone, including Kakashi, using his Outer Path — Samsara of Heavenly Life Technique.

What episode does Kakashi get killed by Pain? Kakashi Hatake gets killed by Pain in 159 episodes known as Pain Vs. Kakashi. It was the 159th episode and 420-427 manga chapters.

Kakashi Hatake was executed by Pain when Pain throws a nail passing through his heart-piercing it, Seemingly killing him.

Naruto later convinced the Pain to keep the peace, which helped Nagatha to the Perfect Outer Path technique of Samsara eye to bring every dead person from that fight.

How did Kakashi die, and How did he get revived?

Kakashi dies fighting with Pain. How that happened is probably the overuse of chakra by Kakashi, as only Lightning clone took 50% of body chakra. Suddenly Kakashi lost all his chakra and didn’t see Nail Coming right at him, piercing through the heart of Kakashi, Killing him.

Thanks to Nagatha’s Outer path technique of Samsara Eye, Kakashi was revived. It was all Naruto’s effort; he was the one who convinced Pain to stop his assault. Nagatha Volunteered to revive every dead person in Pain’s assault. The effect of bringing everybody back was tough.

Kakashi takes part in the battle against the Deva Path, endeavoring to hit it with his Lightning Cutter. Utilizing his Rinnegan, Pain can disturb Kakashi, who loses center and is subsequently unfit to strike Pain. Utilizing the Deva Path’s Shinra Tensei capacity, Pain repulses Kakashi, causing a blast.

Amid the rubble, Kakashi arises and continues to utilize his Lightning Release: Lightning Beast Tracking Fang to assault the Deva Path, albeit the appearance of the Asura Path hinders the assault. Utilizing his Banshō Ten’in procedure, Pain pulls Kakashi towards the Asura Path’s cutting edge, spearing and killing him.

The pierced Kakashi ends up being, in all honesty, a Lightning Release shadow clone, while the genuine Kakashi surfaces from the rubble. He is joined by fortifications, comprising of Chōji, Chōza, and Shitō Akimichi of the Akimichi tribe, just as three other shinobi.

Chōji and Chōza utilize their Partial Multi-Size Technique to smash the Asura Path as the other three endeavors to take out the Deva Path, just for Pain to utilize its Shinra Tensei to repulse and in this manner kill them.

Kakashi understands that the Deva Path has a re-energize time of five seconds among assaults and chooses to exploit the span by endeavoring to kill Pain with his Lightning Cutter, just for the Asura Path, who is as yet ready to move, to safeguard the Deva Path with its body. Needing to exploit the stretch again, Kakashi tosses a chain underground and utilizations his Earth Release: Hiding Like a Mole Technique to assault Pain; however, the Deva Path counters with Shinra Tensei to repulse Kakashi.

Kakashi utilizes the chain to tie Pain while Chōji and Chōza utilize their Double Human Bullet Tank to pulverize the Deva Path. Notwithstanding, Pain figures out how to repulse both Akimichi family individuals, with Chōza protecting Chōji with his body.

Knowing that the caught Kakashi isn’t a shadow clone, Pain’s Deva Path utilizes a nail from a wooden board and flames it at Kakashi’s head, apparently killing him.

The Deva Path then, at that point, leaves, ignorant that Chōji is as yet alive. Chōji sees his dad’s body and cries, grieving his dad’s passing. Kakashi, who is scarcely alive, orders Chōji to grieve later and to make a move to report the Deva Path’s capacities to Tsunade, who is diverting her chakra alongside Katsuyu to recuperate the injured.

As Chōji runs, the Asura Path, yet alive, fire a rocket at him, meaning to kill him. Kakashi exhausts his leftover chakra to enact his Mangekyō Sharingan, utilizing its Kamui capacity to twist the rocket away; the Asura Path understands that Kakashi had utilized Kamui to twist away from the Nail that was terminated at him before.

Kakashi then, at that point, kicks the bucket from his injuries and absence of chakra, anxious to see Obito, Rin, and Minato in life following Death, even though he winds up experiencing his dad, who requests that Kakashi share his story.

Katsuyu reports to Tsunade that Kakashi has passed on, making Tsunade briefly stop her procedure to vent her annoyance and dissatisfaction. As Chōji conveys the Deva Path’s profile and capacities, Tsunade expresses gratitude toward him and lets him know that Chōza is alive, and carries him to the medical clinic. Chōji inquires whether Kakashi is alive also, just for Tsunade to leave.

Kakashi confronts Pain in the battle of Konoha. Pain utilize Deva Path technique to fight Kakashi along with Choji and Choza. However, when Pain attacks for his final blow Choza goes to save Choji While leaving Kakashi open to Pain’s attack. His Overuse of Chakra becomes the reason of his death. Choza checks if kakashi really is dead so that Lady Tsunade leave.

Here are some of the frequently asked questions related to the article What episode does Kakashi die:

1. What Episode Does Kakashi Become Hokage?

Kakashi Become Hokage in episode 479 of Naruto Shippuden. Hokage is a Fire shadow and is, for the most part, a title that is offered on the town chief; however, there are conditions where this title is given over to individuals who are considered deserving of something very similar.

Hokage is additionally viewed as one of the most grounded ashore. It was in episode #479 of Naruto Shippuden that Kakashi became Hokage. This title of Hokage was given to him at the highest point with the expectations that he would do equity for the equivalent.

Besides, he was also next in line for the Hokage title, and it was correct that he stepped in after the past Hokage ventured down. Kakashi was a Hokage for a long time serving to his best abilities.

2. How Old Is Kakashi In Boruto?

How Old Is Kakashi In Boruto is an inquiry that has been frequently posed since the arrival of the anime Naruto, a Manga-propelled anime. Kakashi is about 38 or 39 Years old in Boruto: Next Generation.

Did Kakashi Die In Boruto?

No, this person doesn’t pass on in Baruto. This person in the anime Naruto passes on in episode #159 but later gets revived in episode 175 thanks to Nagatha. This person turns into a background character in Boruto, and it is shown in Boruto that he has resigned.

Accordingly, there are a couple of scenes with this person in Boruto with him acting the hero when there is a risk; his absence of quality in the series has baffled the show’s fanatics who had trusted that his person would proceed with similar energy.

What episode does Kakashi Die? Kakashi Hatake, the fifth Hokage, Once die in the 159th episode of Naruto Shippuden fighting with Pain. Nonetheless, he was revived in episode Number 175 of season 8 of Naruto Shippuden by Nagatha Samsara heavenly technique from the outer path.

Kakashi Hatake died fighting with the enemy when he overused his chakra. He was hard to fight comrade among all the shinobi’s in the Village Hidden in the Leaf.

What can you do as a student to prevent drug abuse?