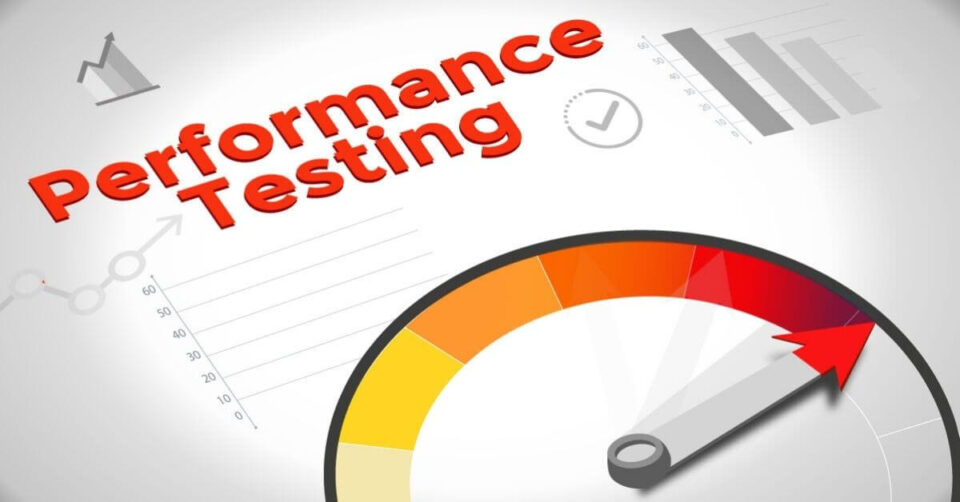 There are numerous valuable features and functions in every new software package. Nevertheless, regardless of how beneficial a new application may be, it is susceptible to dependability, resource utilization, and scalability. Performance testing mobile apps aim to discover and eliminate performance bottlenecks in the system. If apps are introduced to the market with insufficient performance data, a negative reputation and a lack of sales success are likely.

What is Performance Testing

Mobile app performance testing is a non-functional software testing method that evaluates an application’s stability, speed, scalability, and responsiveness under a specified load. It’s a crucial step in assuring software quality. Still, it’s frequently viewed as an afterthought, performed in isolation, after functional testing has been finished, and in most cases, after the code is ready for release.

A sluggish and subpar website can never attract a sizable audience. In actuality, it will deter visitors from the site. Teams can examine the website’s speed and performance using automated testing techniques. In this approach, individuals with primary internet and bandwidth access can load the site, maintaining their attention and engagement.

2. Fix bugs before the product is released to the public.

Performance Testing is needed to assure that the application performs as planned. Diverse performance tests aid in achieving the desired outcomes and mitigating any risks that could compromise the application in the real world.

Fail-over Stress Tests measure the maximum load a system or application can withstand. This is vital for making the program market-ready, as it aids in abusing the application to discover flaws.

3. Increase the robustness of the application

Enterprises must guarantee that their applications are resilient even in the direst situations, such as network outages, cyberattacks, and virtual threats. Performance testing assures the application’s ability to endure in the market and perform consistently using various procedures.

Targeted Infrastructure Tests, for instance, are solitary tests that examine each layer of an application for performance concerns that may cause delays while delivering the intended performance.

It is of the utmost importance for organizations to confirm that the application/software functions as advertised. This element is especially significant for online gaming applications and software. It is anticipated that it would handle the load of multiple concurrent gamers and offer the promised speed and performance.

During the execution of tests, some statistics are gathered to ensure the achievement of performance objectives, particularly those of Speed, Scalability, and Stability. This assists in pinpointing performance concerns.

Enterprises must develop scalable and real-time upgradeable apps in response to the difficulties of the digital realm. Performance Testing highlights an application’s potential weaknesses and identifies where it must be fortified to be more scalable to accommodate upgrades and modifications.

Analyzing the statistics gathered from test executions can aid teams in identifying an application’s potential flaws and capabilities.

6. Increase the application’s stability and dependability

An application must be stable and produce consistent results regardless of any changes to its features, regardless of the shape it takes. With specialized performance tests, teams can determine if recent modifications or frequent releases disrupt the application’s behavior.

The increasing complexity of software applications has resulted in multiple technology stacks. Performance testing assists in identifying the weak links within the technological stack utilized to develop the application. This is essential for achieving the performance and outcomes required.

Checking the speed of websites and applications can be accomplished with various free and commercial solutions. To ensure performance testing, both open-source and licensed technologies can be implemented.

Most Performance Testing solutions are browser-based, allowing for simultaneous testing to confirm that the application is compatible across all platforms and browsers. For organizations to fulfill their business objectives, responsiveness is a fundamental must.

Today, obtaining data and maintaining the functionality of your Application Program Interface (API) is crucial. Performance tests, such as Load/Stress testing, enable teams to evaluate the application’s behavior and determine whether the server responds to the user’s request for data within a predetermined time frame. It also aids in determining how the API behaves and performs under severe load, which is essential.

Load testing evaluates the performance of a system as the load grows. This volume of labor may involve concurrent users or transactions. As workload increases, the system is monitored to measure response time and endurance. This workload is consistent with standard working conditions.

Stress testing, also known as fatigue testing, is intended to measure system performance beyond the constraints of typical operating conditions instead of load testing. The mobile app or the software can handle some more users or transactions. Stress testing is to evaluate the software’s stability.

Spike testing is a type of mobile app performance testing when workloads are dramatically and repeatedly raised. The workload exceeds normal expectations for a brief period.

Endurance testing, often known as soak testing, studies how the software performs when subjected to a typical workload over an extended period. Endurance testing aims to identify memory leaks and other system flaws. (A memory leak happens when a system fails to release memory that has been deleted. The memory leak may degrade system performance or cause the system to fail.)

Scalability testing aims to verify whether software can efficiently manage increasing workloads. This can be determined by progressively increasing the user load or data volume while observing system performance. In addition, the workload may remain constant while resources such as CPUs and memory are modified.

This testing, also known as flood testing, evaluates the application’s capacity to process enormous volumes of data. The influence on reaction time and application behavior is investigated. This testing can discover bottlenecks and establish the system’s capability. This performance testing is essential for apps with large amounts of data.

A metric is a measurement collected during the process of quality assurance. The performance metrics are used to determine the application’s vulnerable regions and calculate the application’s most important performance characteristics. These indicators demonstrate the software’s ability to respond to diverse user scenarios and manage user flow in real-time. It facilitates a comprehensive understanding of the actions’ outcomes and identifies improvement opportunities.

The metrics depend on the sort of software, its essential features, and the enterprise’s objectives. The following is a collection of performance metrics with universal parameters that you should track for each product.

What are the Common Challenges of Performance testing, and How to Solve Them?

Performance testing is not flawless. But these hurdles can be overcome-

Experiencing a lack of understanding in numerous areas can be difficult. For instance, while participating in SDLC and recognizing the necessity to conduct a performance test on your application. However, many software companies and stakeholders do not acknowledge the importance of testing, so performance testing is not an integral component of the development procedure. Therefore, lack of knowledge becomes a difficulty in performance testing.

Quality assurance is complex, and mastering every facet could be difficult. Therefore, it could be better to outsource the process and let subject matter specialists perform their magic. Then, armed with a thorough understanding of the procedure, the specialists can lead you and your team through the best application development methods.

A strategic strategy assists a team in achieving its objectives. A design or well-designed plan is required to comprehend the performance of any application, its numerous elements, response to user contact, or speed. Consequently, this influences the delivery of an application with flawless execution. A failure to get the test of performance needed results may stem from a lack of a strategy plan, including developers and software testers.

The strategic approach to testing could assist all developers and testers with performance testing and data extraction to create perfect applications. The teams must first thoroughly understand the program and its features to establish a testing strategy that encompasses every element that must be tested, including load or stress, speed, and functionality. The team must then try all metrics.

2. Lack of Time and Budgets:

The quality assurance staff should have an in-depth understanding of numerous tools. And before selecting one for the procedure, the team should be familiar with the program and its functionality.

Performing a performance test on your application allows you to evaluate its functionality. Unfortunately, incorrect analysis of test results may result in performance failure. With improper results, the test’s purpose will not be met, resulting in the release of an ineffective application to the market.

Subject matter specialists should conduct the tests and interpret the results. The specialists understand the customer’s desires and how to fulfill them. Consequently, having a team of professionals that can effectively execute several tests, comprehend the application’s complexity, and operate by the requirements is essential.

Real-time user engagement could be hindered by the difficulty of performing tasks in a real production environment.

Experts always recommend conducting performance tests in a copy of the production environment. A virtual environment will prevent you from experiencing problems in front of your customers while providing you the time to implement the changes in the natural environment and conduct tests for various scenarios.

It is impossible to exaggerate the value of performance tests. Since any software, website, and application development aims to serve and delight consumers, these tests are crucial in any software development situation. The user’s sole concern is the software’s performance; the only method to meet them requires doing the appropriate tests.

The ultimate guide to choosing the perfect coffee table

How to Decore a Bedroom Printed Bed Sheets Canada?