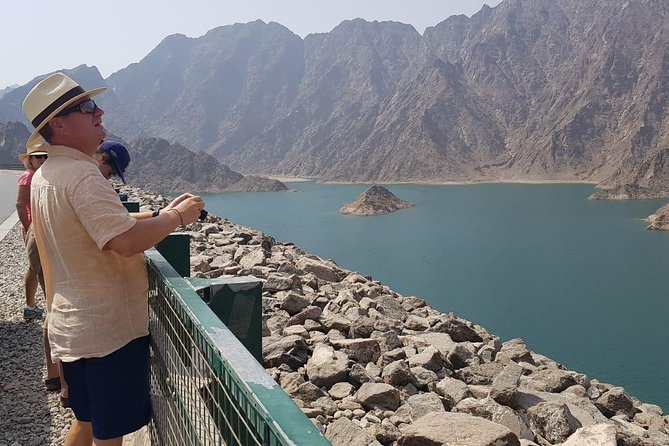 One of the most popular tourist destinations in the world, Dubai houses several architectural marvels, attractions, and man-made marvels. However, there’s another, rather unexplored side to Dubai not many know about. It’s Hatta dam Dubai. Located at a little distance from the city center, this place is certainly worth visiting for its picturesque location and adventure-filled activities.

Hatta, a mountain enclave with crisp air, is an ideal spot for people who love nature and adventure. It became the focus of tourists’ attraction when, back in 2019 Sheikh Mohammad bin Rashid, vice president and ruler of Dubai, announced that he was planning on transforming the town into a great tourism destination with an inland beach, a lake, and a cable-driven railway on the mountains. Hatta is located an hour-long drive away from central Dubai.

Hatta has amazing views and a more laid-back vibe as compared to the wild and hasty life of UAE’s other big cities. People love to spend weekends in Hatta because it has so much to offer, from taming the rough land on a mountain bike to tackling the teal freshwater of the lake by kayak and exploring the amazing landscapes. In winters, people especially prefer activities like hiking, biking, kayaking, and other adventures. During summers, people love Hatta for its cool and calm climate.

Here is some useful information one might need before visiting this beautiful place;

Where is Hatta Located?

Hatta is not located within the main boundaries of the city even though it is a part of the Dubai emirate. It is actually situated high in the Hajar Mountains, about 130 kilometers to the southeast of the city. This town was actually a part of Oman but was given to Dubai around 1850. The reason behind this was that Omanis could no longer defend it against Buraimi tribes. It is a popular spot to escape in summer among families living in Dubai because of its comparatively cooler temperature. The town retained its laid-back pace of life from its Omani background.

Can I Reach Hatta On My Own Car?

It takes almost 90 minutes to reach Hatta by car from Dubai through the typical fastest route that is through Sharjah Kalba. If you are commuting from Abu Dhabi, it will take you two and a half hours. If you travel through public transport, they first take you to Al Sabkha bus station in Dubai where you can find the E16 bus. This bus takes somewhere between two to three hours to finally reach Hatta.

Hatta is located above the plane in the mountains. Thanks to its higher altitude, Hatta’s climate is a few degrees cooler than central Dubai. Even though the temperature difference is insignificant, there is a visible decrease in the humidity in the environment. If you happen to visit Hatta during winters, it is important to remember that there is a visible change in temperature, especially during evenings. This change is more significant in mountain top locations. It would be better to pack an extra sweater just in case.

Places to Stay in Hatta

There are many places where you can stay in Hatta during your trip. Some of these are:

Here’s a list of fun and adventurous activities that one can take part in while on a trip to Hatta;

6. Horse ride through the mountains

What are the PCR Requirements to Reach Hatta?

All kinds of travel including domestic travel have become much more complicated because of the Covid-19 pandemic. Thankfully, things are changing as the number of coronavirus cases has dropped significantly. So, visiting Hatta does not require a PCR test whether you are entering the region or returning to Dubai or the capital. This became possible due to changes in rules of border crossing.

Everything You Should Know About Platinum Credit Card:

Perks of Opening a Beauty Salon

Offbeat Attractions To Visit In Milwaukee