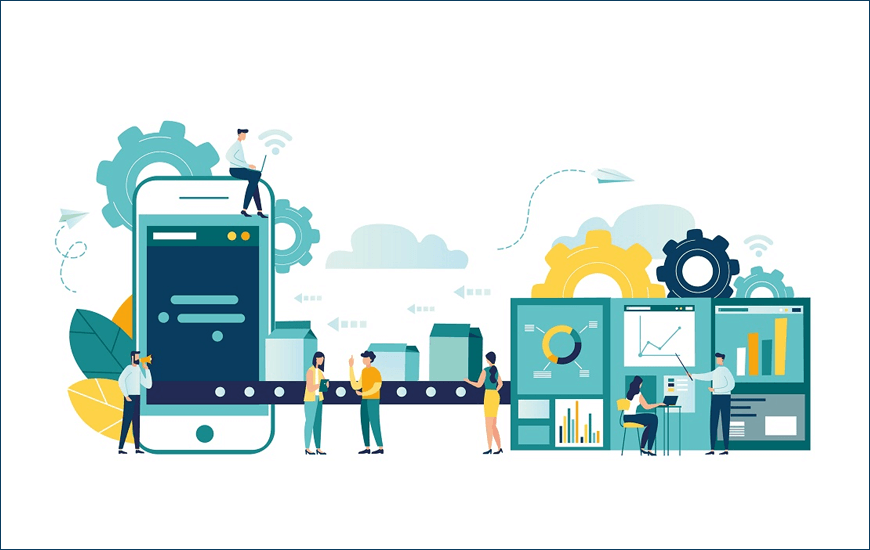 There has been talk of the App Economy for a long time, the economy of applications. These programs that we use every day on our smartphones, in fact, are part of a market that generates billions of dollars every year. Any productive sector cannot do without applications for its business. Of course, this new economy involves consumers and, even more so, professionals who provide custom application development services.

Global consumer spending on mobile apps reached $64.9 billion on the App Store and Google Play in the first half of 2021, according to preliminary estimates and projections from Sensor Tower’s Store Intelligence platform. This data represents 24.8% more than the 52,000 million dollars generated by both stores in the same period of 2020.

According to the report ‘The State of Mobile’, prepared by App Annie, an analysis company specialized in the App Economy, the mobile industry (that is, everything that travels on mobile devices, from online purchases to video games) in 2023 will reach a value of 4,800 billion dollars.

Companies turn to the App Economy

Beyond the estimated figures on its global value, the power of the app economy is a fact. The centrality of the mobile is also confirmed by another piece of information contained in the App Annie report. The so-called ‘mobile-first’ companies, that is, those that have the mobile in their DNA, obtained an average valuation at the time of listing on the stock market of 544,000 million dollars, almost 600% more than those that were not.

If smartphones and tablets are the preferred devices for surfing the web and enjoying its wonders -access from desktops and laptops are in sharp decline-, it goes without saying that the market is very attentive to orienting and reorienting its offer in terms of applications, which are becoming easier to use as well as complex at the programming level.

Companies are aware of this growth: not surprisingly, investments in the sector are also increasing. The app economy has created a space for new professions, which are already considered indispensable in all fields. These figures are hired by companies or work on external projects as freelancers. Among them, those of application developers stand out, whether they are web developers, mobile or both, experts necessary for the creation of tools to communicate with users.

In fact, the app economy ecosystem also includes other figures related to the user experience, such as the UI and UX designer. This professional freelance UX designer is in charge of the user interface and its experience with the brand. Therefore, all those elements are intended to make a platform or app easily usable and facilitate user loyalty. Finally, applications in general are usually linked to the world of startups and indirectly provide a lot of work.

The world of video games deserves a special mention. Mobile games, in particular, have become the most exploited form of gaming in the world, spending more than $100 billion in app stores, including Chinese ones. For this reason, professionals with specific experience in creating gaming applications are increasingly in demand. Among these, in addition to the programmer, we find: game designer, lead designer, level designer, scriptwriter, engine and tool programmer or graphics and special effects programmer.

These are professional figures that are currently highly demanded in the market and that obviously require specific training, such as that which can be provided by a course or bootcamp aimed at web developers, which can be perfectly integrated with a degree in the information technology sector. . There is no doubt that in the coming years we will have even more to do with applications, increasingly intelligent and capable of integrating virtual reality and artificial intelligence mechanisms. The future is yet to be written and is in the hands of the developers.

How to Login to ANZ Internet Banking in Australia 2022

How to login to Telstra Bigpond Webmail?

What is the going rate for painting a house in Dublin, Ireland?

What You May Expect During Postoperative Recovery After a Breast Augmentation

A Guide To Buy A Dream Faucet

How To Install A WPS Pin On Your Printer