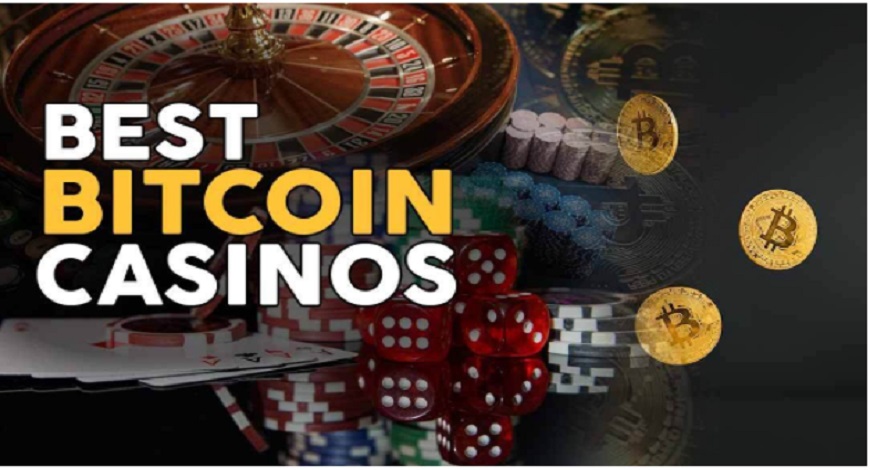 Although playing games on Bitcoin casinos is often a lot of fun, losing a significant proportion of your bankroll will hardly put a smile on your face! While no one can reasonably expect to win money in the long run due to the house edge, there’s a fine line between acceptable losses and damaging ones.

You should always focus on a casino game’s return-to-player (RTP) percentage. Indeed, it’s the most important metric to get the best bang for your buck. This article outlines RTP and looks at three BTC casino games with the highest percentage.

What is RTP & Why Is It So Important?

Let’s be honest; most people who play Bitcoin casino games dream of winning big. However, most of us realize that attaining such prizes is incredibly unrealistic. Many players enjoy playing an entertaining casino game, even if it means losing a small amount of money.

This is where RTP comes in. The higher the RTP, the lower the house edge. For instance, European roulette comes with a house edge of approximately 2.7% on most bets. To get the RTP of any game, subtract the casino’s edge from 100. The RTP is 97.3% (100 – 2.7) in European roulette.

Unfortunately, some crypto slot games, in particular, can offer an RTP below 90%, which represents terrible value! As a general rule, avoid any game if its RTP is under 97%, which, sadly, rules out plenty of slots!

It is also worth noting that a casino game’s RTP varies significantly as the headline figure is what you can expect to win in the long term. We’re talking huge numbers of spins of the slot or hands of blackjack.

A game’s RTP can range from 80% to 120% and sometimes outside of it on any given day, week, or even month. For instance, one casino offering Rich Wilde and the Tome of Madness showed that the slot game’s RTP is 96.59%.

However, that figure was 95.98% for the month, indicating a slight downturn. Yet, the RTP for the previous 24 hours was 120.2%, showing that recent players likely had some success.

The win percentage will also vary from one Bitcoin casino site to the next on the same game.

Below, we’ve included three BTC casino games with extremely high return-to-player percentages. Remember, this figure WILL vary, but high RTP games are worth sticking with in the long term.

Created by Playtech, the Ugga Bugga slot game is widely considered one of the best slot games. Its RTP is approximately 99.07%, which is exceptional.

By the standards of the modern slot, Ugga Bugga is relatively simplistic. It has just three reels and one pay line, but it allows you to enjoy ten semi-separate mini games simultaneously.

The main downside of Ugga Bugga is the lack of a progressive jackpot and minimal chance of big wins. However, it is certainly a slot for the gamer who enjoys small but regular wins.

Please note that we’re talking about the NetEnt version, which has an RTP percentage of 99%. It is a five-pay line 9-reel progressive jackpot slot that allows you to bet between 1 and 10 coins per line.

Users suggest that the 1-coin bet offers the lowest RTP. Higher stakes provide the possibility for more jokers, thus increasing the potential return. However, don’t stake huge amounts if you can’t afford them!

This Barcrest Games offering also provides an RTP of about 99% if you adopt High Roller stakes. Otherwise, it is about 96%.

It is a 5-reel slot with ten pay lines and a jackpot of 5,000 times your stake. One of the reasons for the higher RTP in High Roller mode is the enhanced bonus game that occurs when the free spins round concludes.

Final Thoughts on the Bitcoin Casino Games with the Highest RTP

You’ve probably realized that the trio of selections are all cryptocurrency slot games. While it’s true that casino classics such as video poker and blackjack can offer an RTP of over 99%, it is only possible with skilled play.

In contrast, there’s no skill required to generate a high RTP on slots, although you may need to bet high stakes. If you’ve no intention of doing so, avoid such games and search for ones that give you a good RTP without forcing you to increase your wagers.

Why Cocosneakers Are Your Most Comfortable Shoes Yet

What you need to know before forex trading

Will the Crypto Crash Continue in the future? 

Ethereum Is A Cryptocurrency. How Does It Work?