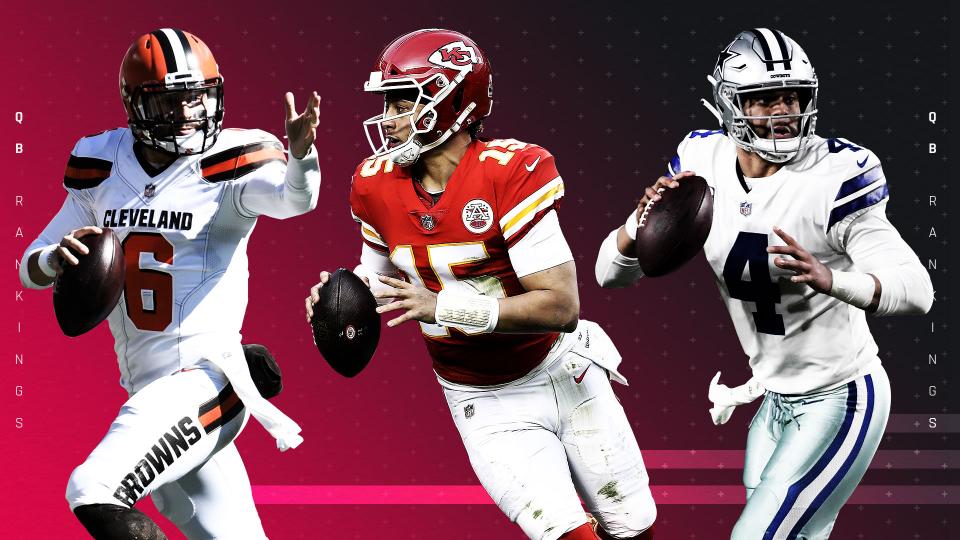 The NFL is the most popular sport in the United States and has a huge following around the world.

Last season saw the Los Angeles Rams crowned Super Bowl Champions in their home stadium. Matthew Stafford showed his elite level of play to win his first Super Bowl with his new side.

Along with Stafford, there were some other elite level quarterbacks who will all be looking to try to make this season theirs.

The Greatest Of All Time (GOAT) has returned to the Tampa Bay Buccaneers after having decided to retire at the end of last season. His presence with the Buccaneers has ensured they’ve been installed as favorites in the NFL week 1 odds for their game against the Cowboys.

Brady is now 45 years old and has been in the NFL since being drafted in the sixth round by New England Patriots in 2000. 22 years, seven Super Bowls and five Super Bowl MVPs later and he has decided to return for another season.

Last season Brady managed to throw for the most yards in the NFL with 5316. He attempted 719 throws, completing 485 and threw for 43 touchdowns. He has kept himself in incredible shape to be able to continue to lead the league while in his 40s.

Brady knows how to win, how to manage an offense and how to inspire the players around him, even at 45 years old he will help the Bucs compete for the playoffs again this year.

The Green Bay Packers have been lucky to have the four-time league MVP as their quarterback since being drafted in the first round of the 2005 draft.

He has been the league MVP for the past two seasons and will look to lead his side towards a Super Bowl challenge again this season.

Rodgers wants another Super Bowl before he retires, and this season will be tough having lost last season number one target Davonte Adams to the Las Vegas Raiders.

The Packers have had three consecutive 13-win seasons and will need to be at the top of his game once again bring success to Green Bay.

There often appears to be no way of stopping Mahomes when he takes the field. The 26-year-old has shown time and time again his creative movement and amazing reading of the field to be able to win games for the Kansas City Chiefs.

Under Mahomes, the Chiefs have the highest scoring and total offense of any side since 2018 when he took the starting role. They have been to four straight AFC Championship Games and will expect to be there once again this season.

He will be without speedster Tyreek Hill this season who moved to the Miami Dolphins but still has Travis Kelce at tight end who continues to bring in target after target.

New wide receivers have arrived and Mahomes will need to build a quick rapport with Marquez Valdes-Scantling and JuJu Smith-Schuster quickly to get the offense rolling as it has so well while Mahomes has been QB.

The Los Angeles Chargers are set up for a strong season in 2022 and with Herbert as quarterback, they are in good hands.

Going into his third season he is an accurate and aggressive passer with a good amount of athleticism to move with the ball.

In 2021 he recorded 5014 passing yards, 38 passing touchdowns and 15 interceptions. On top of this he made 302 rushing yards and secured three rushing touchdowns.

He has the same offense around him this season once again and having Keenan Allen and Mike Williams as your wide receivers are fantastic options for any quarterback in the league.

2021 saw Allen register 4407 passing yards, 36 passing touchdowns and 15 interceptions. He is not just a pocket passer and moves well with the ball where he also completed 763 rushing yards and six rushing touchdowns.

He has been one of the NFLs best all-round quarterbacks in the league and is a huge reason as to why the Bills have been able to achieve some success these past few years.

Allen had a passer rating of 149.0 with a touchdown to interception ratio of 9:0 in the Bills two playoff games last season. This was a record high in the NFL and it has been performances like that which make him one of the favourites to be league MVP this season.

As the Cincinnati Bengals finished runners up to the LA Rams in last season Super Bowl, Joe Burrow had shown an incredible ability to rebound from serious injury in his rookie season.

Burrow was awarded the NFL Comeback Player of the Year Award which went alongside the NFL Completion Percentage Leader for 2021 with 70.4%. To add to the impressiveness of this award, his yards per attempt of 8.9 was also the biggest last season.

Having teamed up again with former college teammate Ja’Marr Chase at wide receiver, the Bengals have such a dynamic and exciting offense that could power them into the Super Bowl once again.

There are so many exciting quarterbacks in the league and if your favourite side is lucky enough to have a player like one of these listed, a prosperous season could be imminent.

Make Their House a Home with These 12 Distinctive Gifts

The Best Ways to Watch the Masters Golf Tournament in 2023