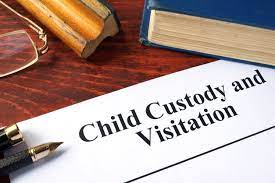 When it comes to child custody, the law tends to differ from state to state. As far as New Jersey is concerned, it is pretty clear that the custody of an illegitimate child or a child that is born out of wedlock naturally goes to the mother. However, if the father comes forward to take the responsibility and can prove that he is the father, then he can file a petition in the court to win custody of the child.

Along with hiring a good child custody lawyer, there are quite a few things that a father can do to win custody of his illegitimate child. In this article we are going to discuss some of the options that the father has and the rights of the father.

What options does the father have?

It’s out of question that the first and foremost thing you do to win a custody battle is to hire a good child custody lawyer. But along with this, there are three options that the father has if he wants the custody of his child in New Jersey. These three options are as follows:

The Rights of the Father

There are certain rights that a father enjoys in New Jersey. However, in case of an illegitimate child, the father needs to establish the paternity first in order to enjoy these rights. The rights of the father in New Jersey are as follows:

A child is a responsibility of both parents, even when born out of wedlock. But unlike married couples, unmarried parents need to prove the paternity of the child if the father wants to enjoy his rights and have custody of his child. Paternity of the child when born after marriage or within 10 months of a divorce is simple to establish as it is considered that the husband is the father. This is certainly not the case with an illegitimate child so the father or both parents need to take the extra measures to prove the paternity if the father chooses to take responsibility.

How Do You Make a Small Bathroom Handicap Accessible? 

The Importance Of Hiring An Expert To Clean Your Ductwork

What Are Different Types of Flooding That Can Occur in Your Home?

What’s the importance of gym flooring?