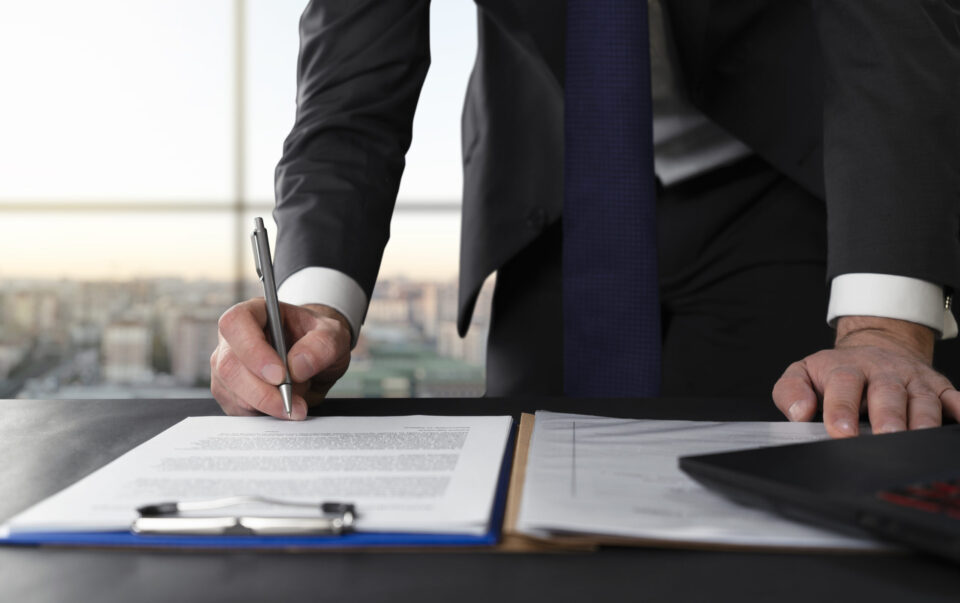 This legal process can significantly change someone’s life by giving them more possibilities if they have a prior conviction or arrest record. When a record goes through expunction, a person can live more freely without fear of legal repercussions from the past.

A person wanting to have a criminal conviction or arrest erased from their record must typically complete an application or petition and submit it to the appropriate criminal court for examination and decision. A fee is mandatory in combination with applying to most countries.

As mentioned below, we will make you well-versed in the expungement process and the working methodology of a Virginia expungement lawyer.

For most purposes, an expungement implies that a court seals or nullifies an arrest or sentence from a person’s court record. The charged or convicted person is not legally bound to reveal the occurrence once the expungement process finishes.

A person may expect to reveal an expungement in certain circumstances. When someone is testifying under oath, they may be required to divulge an expungement, but not their entire legal history.

An applicant with expunged court records is not needed to reveal their arrest or convictions when filling out a job or housing application. The deleted record is unlikely to be accessible to a landlord or private industry employer.

Because, in most situations, if a potential employer, educational institution, or other company does a public records inspection or history search of an individual’s criminal past, no record of an expunged arrest or conviction will show.

Things are different when seeking work with the federal government or as a federal contractor. For example, FBI databases may show expunged or classified records that records would otherwise hide since they do not always follow state court expungement procedures.

Expungement does not, in the literal sense, erase the memory of a run-in with the law; no legal process can produce mass amnesia, causing people to ignore that someone was arrested, accused, or charged with a heinous crime in the past. Courts can, however, “delete” arrest or conviction records as a matter of legal fiction.

Expungement of records is handled differently in different jurisdictions. Some ban the distribution or release of records. Others physically destroy a person’s files and remove their records. Furthermore, certain governing systems may include a legal safeguard that allows parties to reject the existence of recordings expressly.

Certain documents, such as juvenile conviction records, are automatically sealed in some states. Others may demand that the subject of a record produce a time-taking court filing.

Most people choose to deal with a criminal defense counsel when pursuing an expungement. However, some jurisdictions offer forms that allow people to submit on their own, without the assistance of an attorney, if they prefer to save money.

Many states that have legalized convicted criminals to have their records expunged only do so once. The designated department cannot erase records of past offenses after that. To determine whether your current application to seal a record is your first, a court must check its files to see if you’ve already done so. Thus your “expunged record” will be open for this reason.

Expunged records do not mean that they have completely erased the record books or court documents, but it means that it gets a blind eye. However, there are different scenarios under which the respected department can bring an expunged record to light again.

An expungement is generally a section of a person’s criminal record under the watch of specific government agencies, such as law enforcement agencies and the criminal courts. This limited access is referred to as a “sealed” criminal record. An expunged arrest or conviction does not necessarily mean that it has been entirely deleted.

In some judicial situations, a person ostensibly “erased” a record can have an influence. The court may decide on the record if that person is sentenced for any offenses committed after the expungement.

Additionally, an immigrant facing deportation procedures may find that an expunged record or one that is “under seal” is presented as evidence in favor of their deportation.

The following scenarios will highlight the cases where they may open the expunged record again.

Many states and the federal government permit the revelation of an expunged record is restricted circumstances where the public good outweighs the individual’s anticipation that the deleted information will stay confidential.

Records may become available via background checks for government jobs, such as court administration posts or positions with juvenile detention or agency that provides juvenile care. Law enforcement and agencies that assess handgun license applications may have access to sealed documents to investigate a probable crime.

In some states, people who want to work as school teachers, correctional officials, or police officers should anticipate their employers to have access to erased records. The court may also grant access to agencies that assess applications for professional licenses, such as law, pharmacy, or medicine.

The expunged record is brought forward in these cases to ascertain the applicant’s suitability.

When a witness speaks at a trial or other court procedure, the opposing party frequently attempts to discredit them by bringing up undesirable but essential aspects of their background. Historically, the council may inform the jury whether a witness had any criminal records, claiming that someone who had broken the law so severely might not be an impartial witness.

Modern state laws vary regarding what one can publicize types of felonies, but those that impact a person’s honesty are frequently fair game—even if the sentence has been deleted.

There are some laid-out rules and criteria to proceed with the expungement process. A different set of rules governs every state, and therefore, the expungement criterion is different for different states. However, some factors are common among the state laws.

The jurisdiction; the type of the crime or charge; the amount of time that has gone since the detention or conviction; and whether there is any further criminal history all play a role in whether a criminal record can be wiped.

The location of the criminal background determines the specifics of the procedure and the current availability of expungement. The consequences differ depending on the state or county where the arrest or conviction occurred. In some areas, deleting a record is not possible.

Adult criminal convictions cannot be deleted in several places, including New York. However, certain conviction records may be sealed.

Expungement or sealing records for repeat offenses and more serious criminal offenses is often more difficult. Details about an individual case’s eligibility are determined by the location of the subject of the record and the regulatory obligations in that jurisdiction.

For example, some places will only accept misdemeanors for expungement, but not felonies. Only non-violent offenses are eligible in some areas.

In general, the legal system prefers to give those who had problems as a child a second chance. Many courts allow persons with juvenile histories to have their records sealed or deleted after a set period if they do not get into any more legal trouble. Not all cases involving minors will be eligible. The specifics of eligibility are determined by the area, nature of the conduct, and whether or not there have been any previous or subsequent offenses.

Whether an expungement is possible depends on whether the person requesting the expungement was convicted of a crime or was only arrested on suspicion of a crime. An arrest record that does not result in charges is more likely to be purged than a conviction. Of course, depending on the jurisdiction, this rule may differ.

Criminal records sealed by court order are comparable to those that are purged, although they are less “hidden.” Private investigators, creditors, and employers, for example, would not be able to access data that have been sealed.

However, in the framework of the criminal justice system, these recordings still exist. The sealed convictions, for example, could nevertheless be deemed past offenses to strengthen subsequent accusations.

Depending on the location, the ramifications of expungement may differ. Some courts, for example, will seal your records, while others will give a mechanism that will result in your conviction being dismissed.

Study in Malaysia Without IELTS in 2022

What to Look Out for When Video Conference Recording

Explain the Best Solution to Display Jewelry in Retail Store

How long should I wait to bleach my hair again

Trending gold stud earrings, you have to buy this season

Everything To Know About Parasite Cleansing