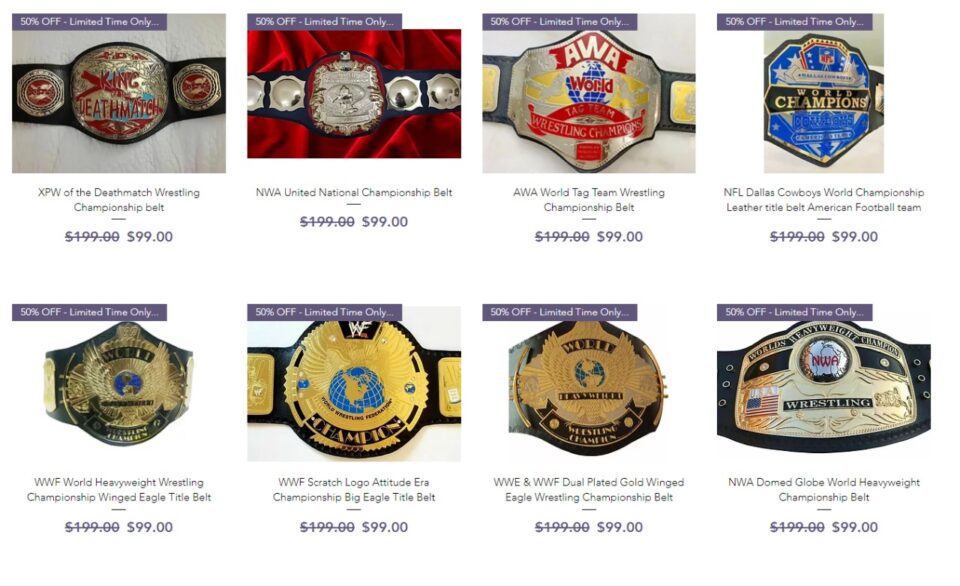 We welcome our new wrestling writer Nicholas Carter to the ring, as he delves into the history of the WWE and a few of the big-name wrestlers that made it what it is today. Get ready for a serious trip down memory lane with stories about the formation of the WWE and some of its biggest stars.

Origins and formation of modern-day WWE

The history of World Wrestling Entertainment (WWE) can be traced back to the Capitol Wrestling Corporation (CWC) in the 1950s. Founded by Jess McMahon and Vincent J. McMahon, the CWC was a wrestling and boxing promotion that would go on to eventually become the WWE brand that we see today. (CWC, n.d.).

Crossing into another territory to put on shows was a rarity.

In 1982, the WWF was sold to Vincent J. McMahon’s son Vincent K. McMahon– who would take the show out of the standard territory operation zones and attempt to bring the promotion into the public eye at large and expand more ambitiously than any wrestling promotion had previously accomplished. (WWE, n.d.).

Vince J McMahon and Andre the Giant – guess who is who.

The National Wrestling Alliance (NWA) was the national conglomerate of wrestling promotions. If you wanted your company to succeed, you joined the NWA– and that’s exactly what the CWC did.

Not long after joining the NWA, successful wrestling promoter, Toots Mondt joined the CWC. Following a dispute over the World Title changing hands from Buddy Rogers to Lou Thez, the CWC left the NWA in 1963 and rebranded as the World-Wide Wrestling Federation. Though, later, McMahon would quietly rejoin the NWA in 1971.

A thirteen-time World champion, including being the inaugural WWWF World Champion, Buddy Rogers was an influential figure in the early days of televised professional wrestling.

The esteemed Ric Flair even uses the “Nature Boy” moniker that Rogers popularized as well as the Figure-Four Leglock finishing move. Only three men have ever held the NWA and WWE World Championships; AJ Styles, Ric Flair, and Buddy Rogers. (Buddy Rogers, n.d.).

Thez was famous for his Greco-Roman style of wrestling and for unifying various World Championships across promotions. He coined and popularized the wwe replica belts– a move now used in nearly every wrestling match that takes place. At age 21 he won the American Wrestling Association’s World Championship making him the youngest AWA World Champion. (Lou Thez, n.d.).

Three major promotions ruled wrestling in the 1970s; the AWA, NWA, and WWWF. The WWWF ran in the northeastern United States and was generally are more representative of the hard-working blue-collar American. (Levin, 2011).

There are many great wrestlers from the 1970s that fans still talk about to this day, but in my opinion, there are three who stood above the rest.

Bruno was WWWF World Champion from 1963 to 1971, the longest reign in the company’s history. Dubbed “The Italian Strongman” and “The Living Legend” Bruno had classic bouts all through his career, including his 48-second defeat of Buddy Rogers to become Champion. (Bruno Sammartino, n.d.).

Graham arguably laid the groundwork for Hulk Hogan to become who he did in the wrestling world. Before Graham won the WWWF World Title, the Championship had bounced from competitor to competitor, but when Graham won it, that bouncing stopped. Graham held the title for almost a year, 296 days. (Superstar Billy Graham, n.d.).

Andre was loved by fans and wrestlers alike. Affectionately dubbed “The Eighth Wonder of the World,” Andre enjoyed momentous success during his wrestling tenure from 1973 to 1987. The biggest moment of his career came with a loss to Hulk Hogan at Wrestle Mania III when Hogan became the first person to ever body slam Andre. (Andrew the Giant, n.d.).

How to start a photography business with no experience

How Often Should I Get My Lounge Cleaned?